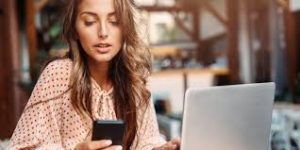 Sh’reen Morrison had been on an online dating site for only a few weeks before she realized that something was seriously wrong with the man who had been actively pursuing her by text message and email. They’d hit it off right away, and he said he lived just outside of Phoenix, which seemed relatively proximate to a woman in remote Yuma, Ariz.

But meeting in person was always a problem. First, he was traveling through India with his daughter. Then the daughter became ill and had to be hospitalized.

When Morrison suggested that her suitor put his daughter on a plane to get better medical attention at home — and even offered to pick the girl up at the airport — a new crisis struck. By then, Morrison knew she was dealing with a scammer.

“The story was getting more and more biza
END_OF_DOCUMENT_TOKEN_TO_BE_REPLACED